The first church was a log cabin with a simple wooden cross on the roof, situated about one and a half miles south of the existing church. Bishop Grandin purchased 10 acres of land, NW 26-50-24-4, from the Hudson Bay Company for $50. Father Lacombe chose the site on which to build the 46 by 28-foot church and nearby rectory. Under the direction of Father Poitras, construction of that first church was completed in the spring of 1895. Fr. Lacombe named the parish St. Vital after the founding bishop – Vital-Justin Grandin. The first mass in the new church was celebrated on June 30, 1895. Father Morin bought the ornaments and other objects necessary for worship. He purchased a bell weighing 800 pounds was bought for $100 from the parish of Verchères. In the fall of 1897 work continued on the roof and by Christmas 1898 the interior was completed, but not painted.

The church was being furnished slowly as fundraising brought in more money. In 1907 a steeple was built for the bell. Previously, the bell was on a turret between the church and rectory. A new rectory was built in 1917. During the night of February 10, 1918 a great misfortune struck the parish. After receiving hundreds of dollars of repairs and decorations, the church burned down. Nothing was saved. (Beaumont History Book)

The origin of the fire is a mystery. It was first noticed about 6 a.m. by Joe Gagnon, who gave the alarm in the village, but the fire had such a start that nothing could be saved. The church was lighted by gas lamps and at 8 p.m. Sunday the lights were turned out. When first seen the fire was at the altar and a short time later the whole church was ablaze. It is thought by some that the fire must have started about three or four in the morning. (The Representative, Friday, February 15, 1918)

I remember when we found the bell, said Leon Lavigne. Someone had rescued what was left of it from the fire and pulled it to the road. His father Albert brought the lump of metal home. (Beaumont News, October 10, 1988)

NOTE: In 1894 a new bell tower was being added to a new stone facade for the Parish of Verchères, an off-island suburb of Montreal. Small bell towers at the right and left angles were also added to the roof. This may explain how Father Morin was able to purchase a bell from their parish, to bring to Beaumont. 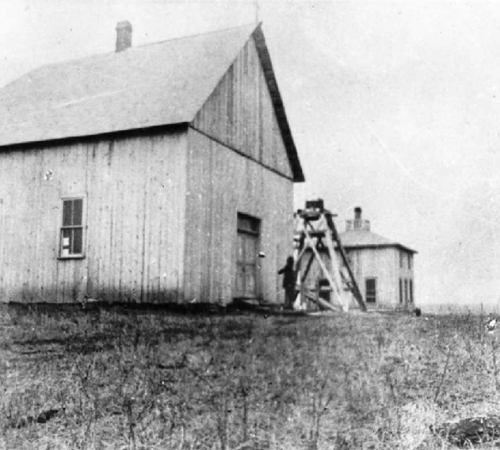 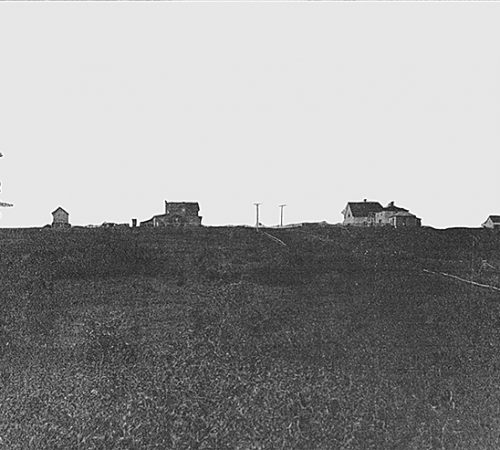 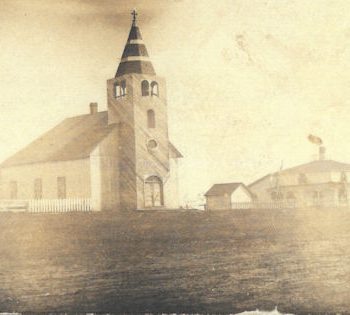 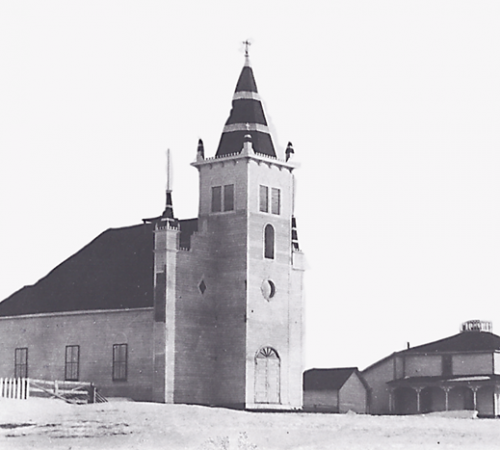 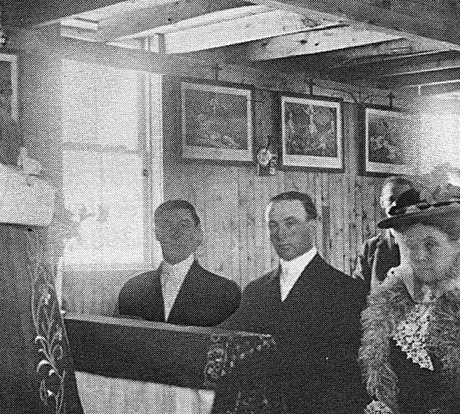 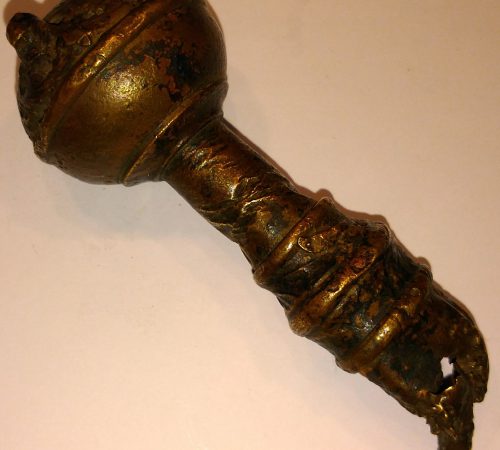 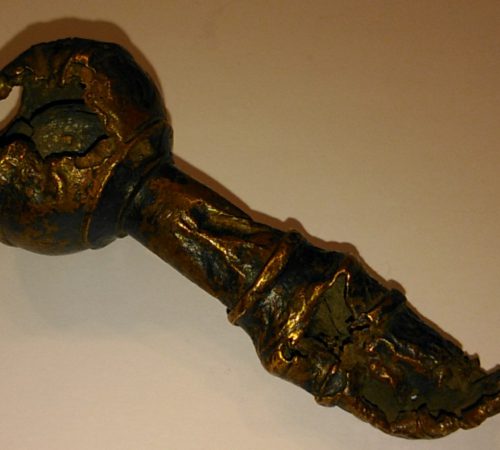 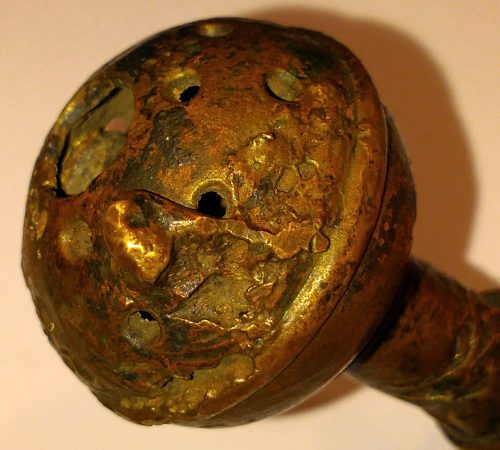 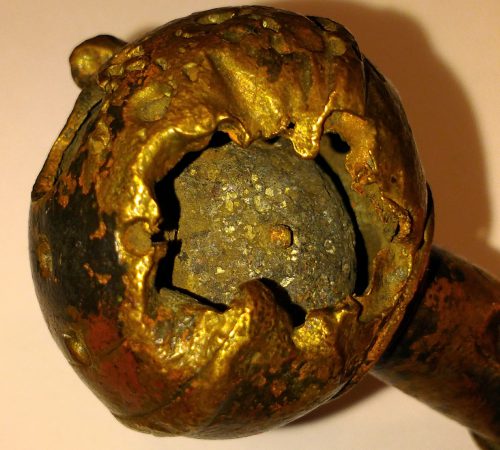 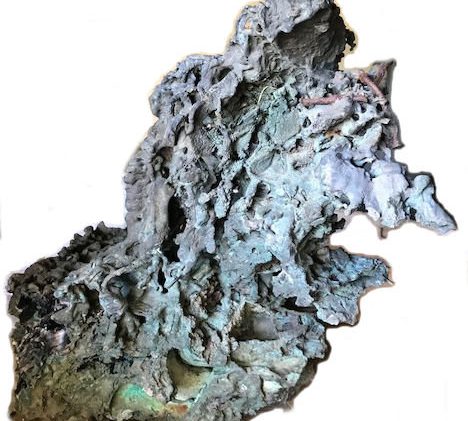 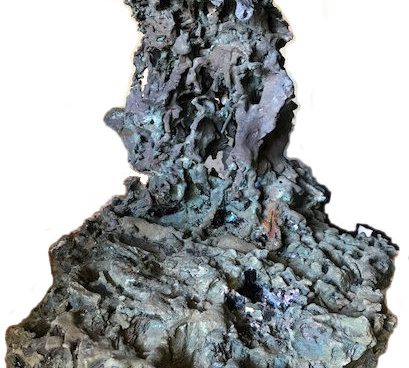 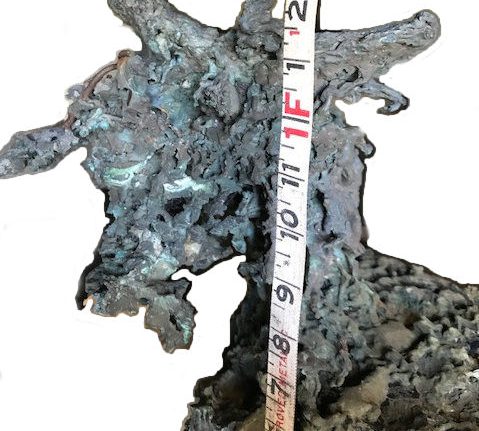