Our first major project has been to move and restore the former home of the St. Jacques family. It was built in 1912 on a farm that originally included 80 acres of land. It went down the hill from below the St. Vital church property, and all the way to Highway 625. The Town of Beaumont has allowed us to relocate the house to Parc Beacon Park, on the corner of 32 Avenue and 50th street. You can see in the image below that the park is indeed part of the original family farm.

We raised over $130,000 in donations and pledges for the project. A new basement was built, on August 1, 2018 the home became the property of the Heritage Society, and on Friday September 7th, the house was moved to it’s new home. The joyous occasion also received a lot of news coverage, on CTV, CBC French and English, as well as Global TV.

Please stay tuned on Facebook and/or Twitter for News Updates, as we begin the process of upgrading the house for it’s future service as an interactive museum. 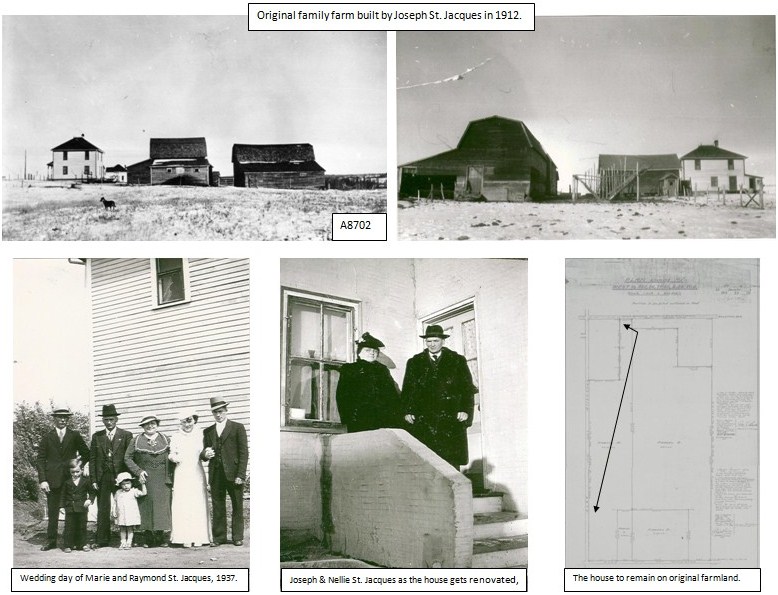